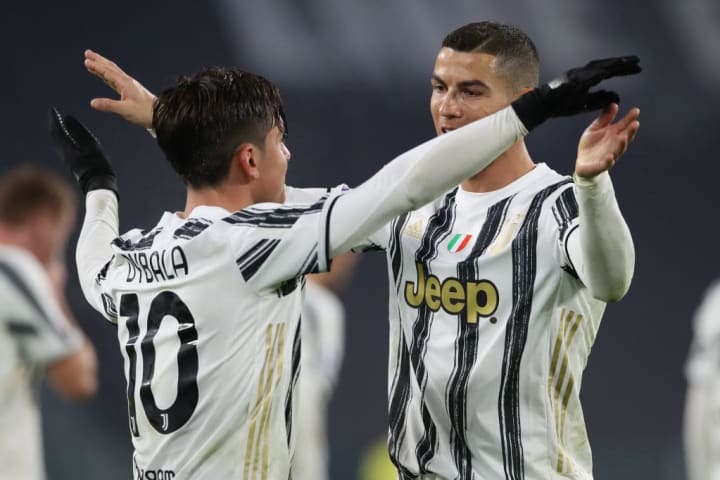 While the transfer window is filled with “next week” news every week, I have decided to keep the current hot topic at rest and look at the events that could happen in the next transfer window in the summer of 2022. It is time to analyse the players under expiring contracts and explore the probability of them leaving or staying.

Although La Joya’s contract is about to expire next year, it is no secret that the player is set for an imminent contract extension in the following weeks. As per Romeo Agresti, recently, the third meeting ended between Juventus & Dybala’s entourage. His agent, Jorge Antun, presented a counter-proposal to the Bianconeri. There still is a distance, but also a will to continue in the negotiations. The parties should update later this month. Massimiliano Allegri trusts the Argentine and his abilities, so Paulo could eventually sign a new contract to play a pivotal role under Allegri.

After spending two seasons at Genoa on loan, Perin returned to Juventus this season. While it was pretty clear that he does not want to be a backup to Szczesny, he stayed due to a lack of offers. The only preseason game in which Perin started was against Cesena. Will he sign a new contract? Presumably – NO. Unless he has a breakthrough under Allegri, it is pretty hard to imagine that he would even want to stay. That said, the Italian player possibly wants to be the starting goalkeeper for the club, but as long as Szczesny is playing, it simply is not happening.

The Italian full-back has always had a love-hate relationship with the fans. If it were up to them, Mattia would be sold already. However, now having Allegri back, De Sciglio might find a way to the starting lineup once again. Max always had a preference for him. The player even started the preseason game against Barcelona, Cesena and Monza.
New contract in 2022? Yes or no?
In my eyes, it is a 50-50 situation. It depends on how Mattia performs this season and if Allegri trusts him enough to continue. Since the probability is very subjective, we should wait to see how the season unfolds.

The Colombian right-back is another player who should sign a new deal with Juventus, as per reports. The player is a notably valuable asset since his ability to play in a different position and his direct style of play is extraordinary. The chances of extending our new number 11 signing are very concrete.

On 5 October 2020, Chiesa signed a two-year loan deal with Juventus; a €3 million loan for the first season and a €7 million loan for the second season, with a conditional obligation to buy for €40 million, plus €10 million in variables. When the loan spell of Chiesa expires in 2022, I can say while being 120 per cent sure that the 23-year-old Italian will be a confirmed Bianconeri player. Chiesa has been absolutely phenomenal for both club and country. The extension of Chiesa would be a vast long term investment by the club given the generational talent he is. Federico is a gift that keeps on giving.

Morata returned to Juventus on 22 September 2020, on a one-year loan worth €10 million, with an option for purchase at €45 million. On 15 June 2021, his loan with Juventus was extended by Juve until 30 June 2022. Since Juventus reserved the right to extend the loan for a further year for another €10 million. In that case, the option for purchase is worth €35 million. Last season, the 28-year-old Spanish striker scored 20 goals in 44 appearances and was critical for the team since Dybala struggled with an injury. Whether the player will stay at the club in 2022 or not depends on the potential signing of a new striker. If the club manages to sign a new number 9, Morata’s chances of staying would dramatically decrease.

In all honesty, the case of Berna could take up a whole another article. Every season, Bernardeschi looks like a new signing. He also seems to be getting another chance over and over again. The upcoming season is no different. According to the reports and what we are seeing, Allegri believes in the player and is confident that the Italian can play a key role in the 21/22 season. While no one really knows why Bernadeschi is getting so many chances while being inconsistent, I have a gut feeling this might be his last season in black and white jersey. In my opinion, no management in their right mind would extend his contract, as he earns a significant amount without contributing much to the team. As much we respect the player, it may be time to move on in 2022.

The most high profile name on the list, right? And very eye-catching as well. Just to clarify for my readers, I was talking in terms of importance and not looks. Throughout this whole summer, we were receiving rumours of him leaving. In the end, he stayed at the club. Yet, the hot question is: would he sign another deal and stay for a few more seasons? In the current circumstances, the chances of him extending is quite low. The new Juventus project is still in the rebuild phase.

Moreover, Ronaldo has not been able to accomplish the main mission he signed up for – the Champions League glory. Next, if PSG comes knocking at our door, it would be difficult to say no. The dream of watching the two GOATs play together could be much convincing for Ronaldo as well as for football fans around the world. The only way I can see Ronaldo staying is: the season goes exemplarily well for him collectively and individually. If Allegri and the management can present him a project that helps him sustain as a world-class player and fight for silverware, it might attract him. Therefore, I believe that Ronaldo and his future are still highly unpredictable, so Juventus should start looking for an alternative to him. Someone who could be similarly crucial and productive to the team as Cristiano is.

Whether the players mentioned above stay or leave depends on the club and the willingness of the footballers. Juventus need to keep the key players who could be the future of the Old Lady and offload all the deadwood. A financial crisis is hitting many clubs in football. There is a need of the hour to protect the club from hazardous situations and form a stable project.