Juventus have only managed to win two of their six league games. The Bianconeri dropped another two points yesterday against Salernitana.

Salernitana scored the opener via a controversial goal, Candreva found the back of the net but VAR checked the goal to see if there was a possible handball involved. Piatek’s shot came off Bremer’s hand and the VAR would be called upon once again. Salernitana were given the chance to double their lead before half time interval. Piatek send Perin the wrong way to double Salernitana’s lead.

Juventus showed better signs in the second half, Kostic’s cross was headed in by Gleison Bremer to give them some hope. Alex Sandro was brought down in the box during stoppage time, the referee pointed to the spot without any hesitation. Leonardo Bonucci’s penalty was initially saved but the Italian scored from the rebound.

Arkadiusz Milik gave Juventus the lead in the last minute of the game, the Bianconeri thought they had won the game but for VAR for incorrectly rule out the goal. 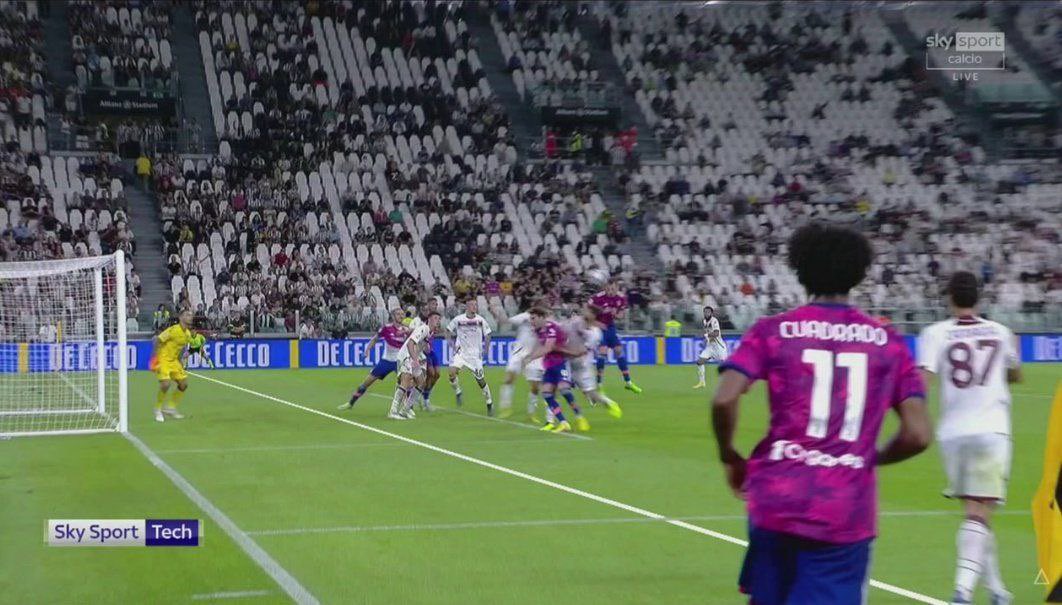 The Italian Referees Association has stated that these images were not available to the VAR, who never saw that Antonio Candreva was playing everyone onside when Arek Milik scored.

Arkadiusz Milik was shown a second yellow card for taking his shirt off during the celebrations. Cuadrado and Fazio were sent off during heated arguments between both sets of players. Masimmiliano Allegri was sent off as well.

Same problems with Juve, the team does not perform consistently over ninety minutes. The first half yesterday was horrible. There is no identity to this Juventus team, there are no patterns of play. Allegri, has been in charge for more than a year but they still don’t know how to progress the ball.