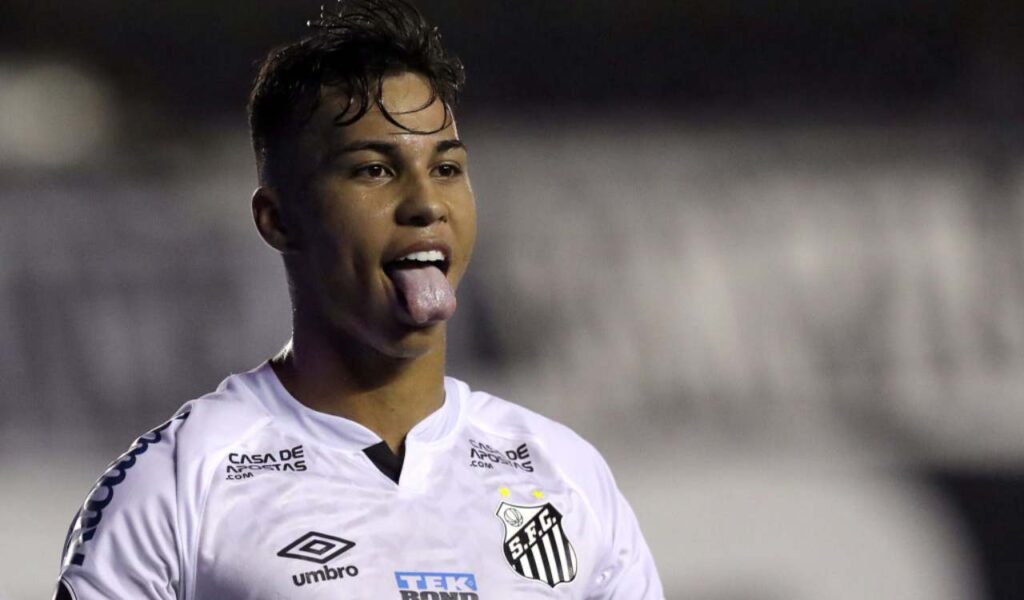 SKY SPORT INTERVIEWED AN ASSOCIATE OF SANTOS THAT CLAIMES THE PLAYER HAS A 5 YEAR CONTRACT, HERE IS WHAT WE FOUND OUT ABOUT THIS SITUATION

While many media outlets are almost certain that Kaio Jorge will soon be a Juventus player, some rumours continue to surface, regarding a silent prolongation of the contract that Kaio Jorge has agreed to with Santos, when he signed his three year contract in 2018.

This two years extension, in the words of alleged Santos officials, would be automatically renewed by one of the two parties in questions (Santos and Kaio Jorge, of course), with an increased salary. Santos, therefore, is supposedly asking €15M for the player.

Now, the thing gets tricky: FIFA doesn’t allow for a team to sign a youngster for more than three years. We read from the FIFA book of laws: “The minimum length of a contract shall be from its effective date until the end of the season, while the maximum length of a contract shall be five years. Contracts of any other length shall only be permitted if consistent with national laws. Players under the age of 18 may not sign a professional contract for a term longer than three years. Any clause referring to a longer period shall not be recognized.”

Sergio Canozzi [Santos associated] told Sky Sport that usually FIFA accepts countries regulations on players’ contracts, and this is true. The problem, however, is that FIFA doesn’t allow this regulations to be put in place when the player is underage.

This is a clear attempt from Santos to get some more money out of the deal, and it is normal in a negotiation. In reality, Santos had agreed with Benfica to around €3M, plus bonuses (€5M total).

Santos manager Fernando Diniz, though, in an interview admitted that he is resigned to lose the player in the next market session.

The real question, now, is this: why a big media company as Sky Sport, allows an interview with an alleged Santos Associated, that sometimes becomes a Santos Market consultant, but that does not appear anywhere in Santos members board?

Is he acting head of Santos, or is he just speaking for himself?

Without an official statement by the Brazilian team, we will continue to trust our sources, for which the deal is on and it’s not far from the conclusion.

If you want to check the board members of Santos, click here.