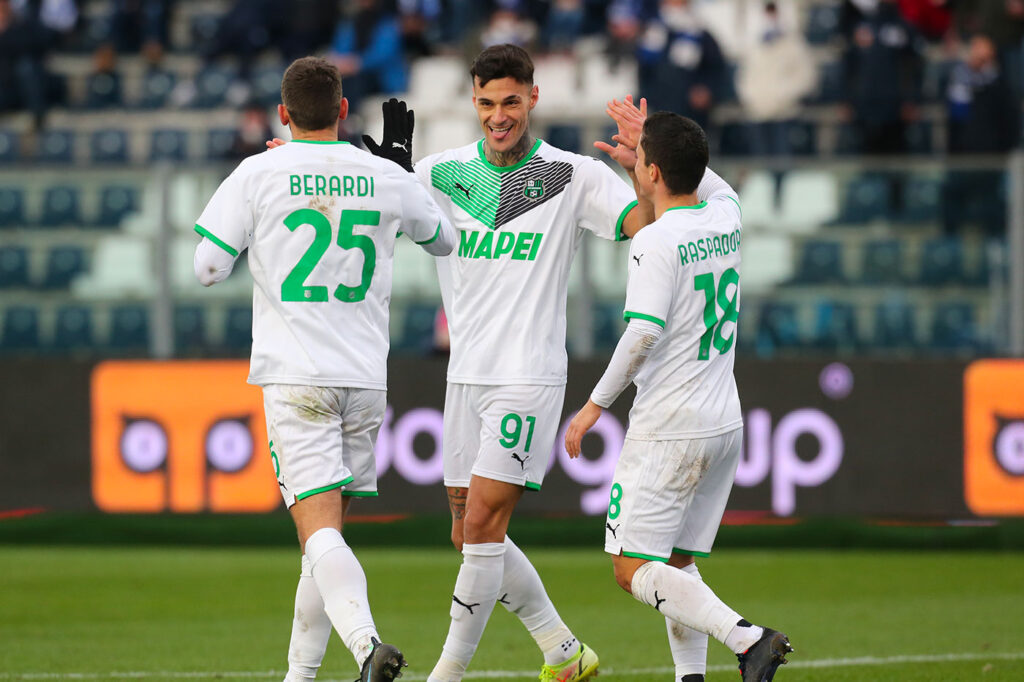 Sassuolo striker Gianluca Scamacca in the main name in the summer of 2022 for Juventus, as the Bianconeri dream of a top young stiker, Fabrizio Romano revealed. The transfer expert gave a big update on the situation around Dusan Vlahovic, another Juve target, on his YouTube channel. “Juventus could also try for Dusan Vlahovic.”

“Arsenal are pushing to sign Dusan Vlahovic since October”, Romano said. “But Vlahovic and his agents were never convinced about this Arsenal opportunity.” Romano stated that ‘the problem is with the player’. Fioretina would like to keep the Serbian striker, but are prepared to sell him if Arsneal offer big money, as they want to do.

Vlahovic wants to wait until the summer to make his next move. Romano: “He wants to respect the city of Florence and Fiorentina fans. So to wait until the end of the season and to then decide his next club, makes sense from a transfer market point of view, but also to bring Fiorentina back to European football and then leave in the summer. This makes sense for Vlahovic and for Fiorentina.”

Voila coach Vincenzo Italiano also plays a role. “He’s protecting the player”, Romano says. “He’s always speaking with the player, he’s always saying in public, ‘I don’t care about the future, I see Dusan motivated and focused on Fiorentina’. He wants Vlahovic to stay and continue the season with Fiorentina. He’s not creating any problem for the player. If Arsenal want to change the current situation, they need to do something crazy with the player and his agents.”

It seems unlikely that Arsenal will sign Vlahovic in January at the moment. Many clubs will be in the race this summer, according to Romano. Tottenham, for the obvious reason: director of football Fabio Paratici. Barcelona is interested in Haaland, but if they’re not able to sign him, they could go for the Serbian too. Vlahovic could be an option for many other clubs, Romano says. “Like Juventus, who are dreaming of a top young stiker in summer 2022. Gianluca Scamacca from Sassuolo is the main name, but Juventus could also try for Dusan Vlahovic.”